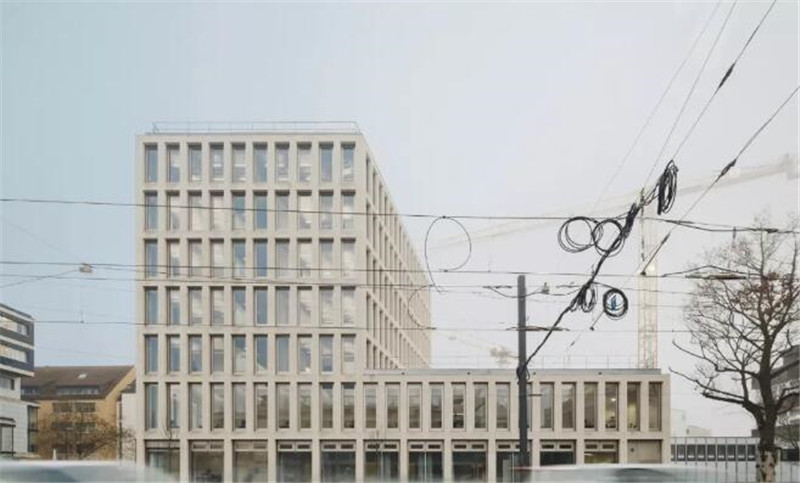 The new construction of the Ulm Civic Centre brings together in one structure the municipal services that are scattered in several locations, making it the city’s “second town hall”. The building is located just a few meters from Ulm’s main station on Olgastrasse, a busy street that runs along the edge of the medieval city walls.
A five-storey tower rises from a two-storey plinth and is succinctly arranged in the silhouette of the public buildings along Olgastrasse Street. The light grey, strictly cast-in-place concrete façade grid was hand shrub-hammered by masons over its entire surface and charred along the edges of the windows. As a result, beige chulla stone (also known as “Ulm White”) was used as a concrete aggregate, exposed on the concrete surface to give the façade a valuable appearance and regional focus. 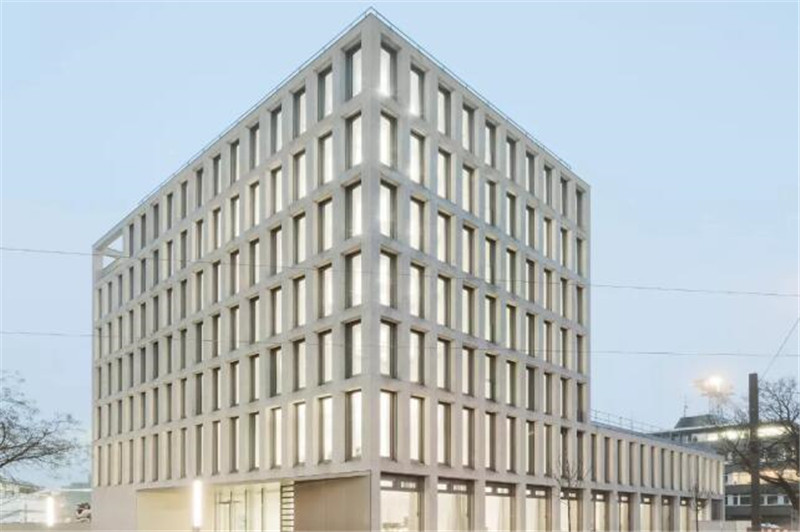 Together with the adjacent craft room, the new building forms a small square and public entrance. A two-story lobby welcomes visitors, and the two spaces are connected by an open staircase and circular gallery. A concrete core with hammered surfaces of scrub separates the interior spaces. Civic waiting areas are located in the center of the lobby and on either side of the corridor, while individual service desks are located at the edges of the building. The geometric clarity of the white lacquered custom fittings, along with the bright red felt of the seat cushions and acoustic panels, and the light anodized ceiling, create a sophisticated and bright atmosphere.
The polished terrazzo floors also include locally mined Jura stone. The perimeters of the medieval city wall and the gunpowder tower were discovered and exposed during excavations for the project, and they were discrete and traced onto the terrazzo floor of the foyer. The two original sections of the historic city wall could be saved and constructed in situ on the ground floor. As a result, the history of the site is clearly visible in the “Civic House”. 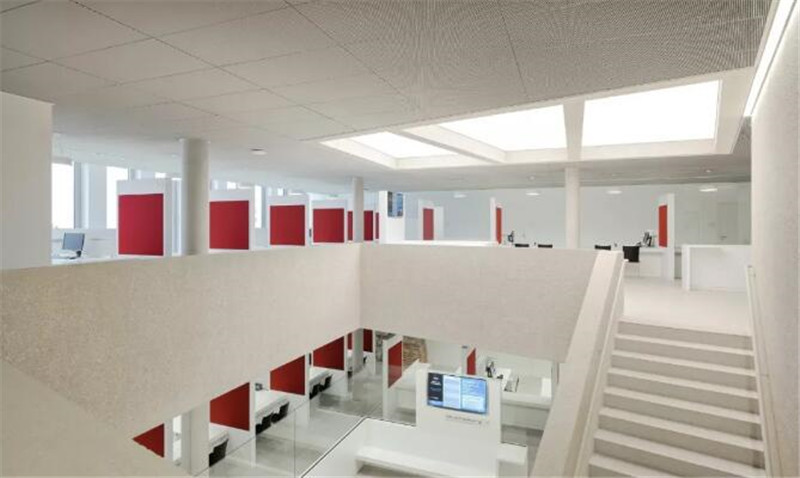 While the high-frequency functions are located close to the central hall, the less frequented sectors are located on the fifth floor of the tower. Each of the two floors of the tower is connected to an atrium, which provides a spatial interconnection within the tower. The top floor features a hidden balcony with views of Ulm’s old town and its cathedral. In accordance with the guidelines of the City of Ulm, the centre was built according to the German “Passivhaus” (low energy) standards. 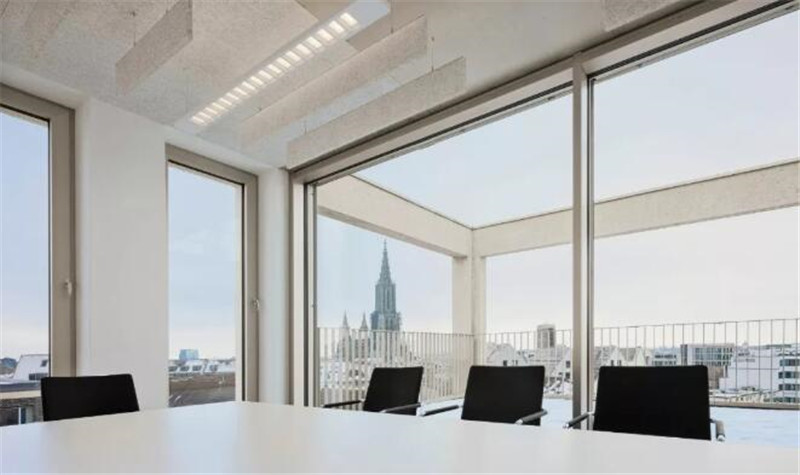 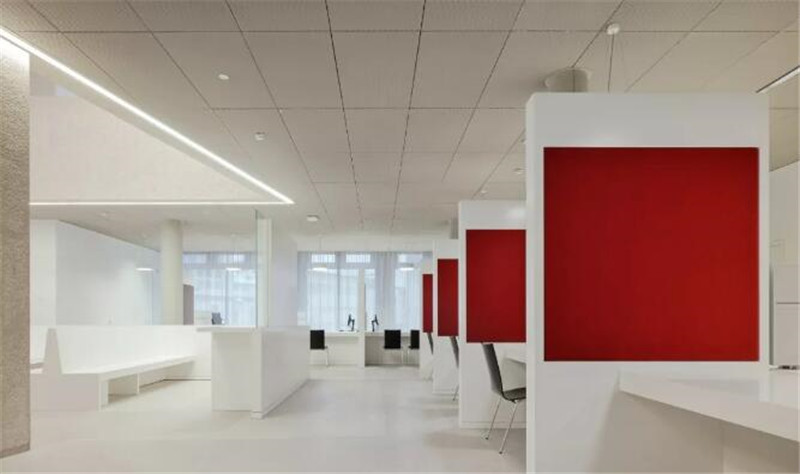 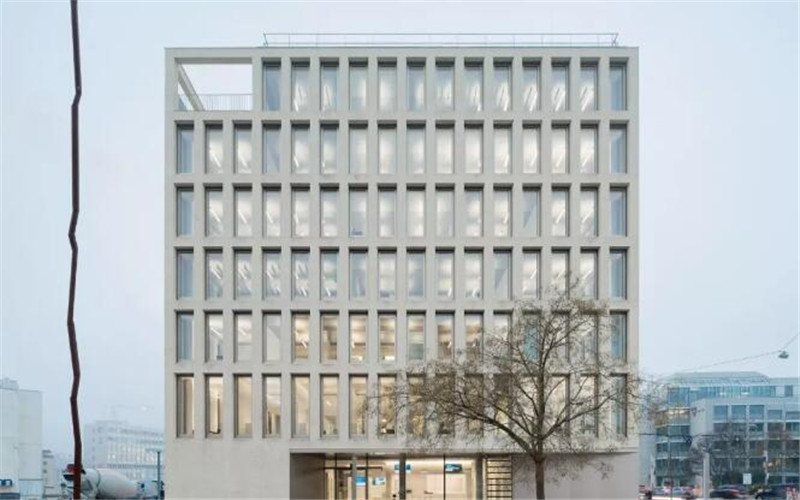